The Northern Powerhouse, the Pilgrimage of Grace, Our Day Out, and Downton Abbey. 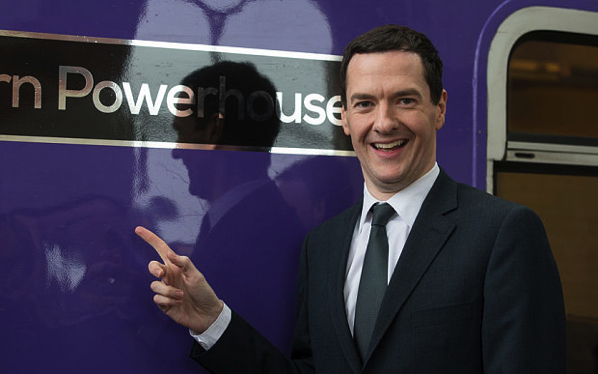 We have been hearing a lot about the “Northern Powerhouse” recently.

Please forgive me if I am more than a little cynical about the whole thing. The North-South divide is acute and has long been so  - and it is welcome that there should be a particular focus on the woes of the North of England (because of course, this debate is in no way about Scotland, nor indeed about Ireland or Wales).

It echoes the late, great Margaret Thatcher (forgive now, the transparent irony) who spoke of a focus on the cities and, I vaguely recall, was delighted about winning “the Boltons” (as if they were “the Carolinas”).

However, Mr Osborne, and the Tories in general (if they are to take up Osborne’s baton), will have a tall order. A report today indicates that the North-South divide runs far deeper than just a few years of economic decline. Children aged under five from poor families in the north of England perform less well than even the poorest children in London, according to a report from The Institute of Public Policy Research (IPPR).

But it goes even deeper than this. The North-South divide is by no means only a recent phenomenon.

Some of us are old enough (just) to recall when the North was, literally, the Powerhouse of the Nation - in the days of manufacturing, of coal, and steel - the days before (here she is again) Mrs Thatcher.

But even in these “powerhouse” days, there was a North-South divide. Poor children in the North were being educated only as “factory fodder”, as the teacher Mrs Kay states in Willy Russell’s 1977 television play Our Day Out - and by the time the play was turned into a musical ten years later, the teacher adds “but now the factories are closed”.

These days, the 1980s, saw the emergence of “Loadsamoney”, when the Chelsea supporters waved their bundles of notes to taunt  the fans of Newcastle United.

But this was just a manifestation of the same, very old divide. Its goes back at least 450 years.

In the 16th Century the North of England rose against the South and was brutally tricked,  defeated and smashed. The uprising against Henry VIII is known as the Pilgrimage of Grace, and was at the time in no way framed as a social uprising nor even a geographic one, but was a revolt against the religious changes enacted under Henry VIII. The outlines of what happened at that time are well known, but perhaps only in a superficial way. 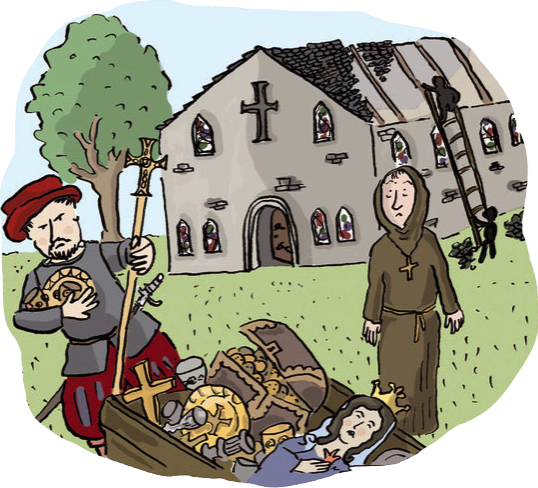 Henry VIII declared his independence from the Pope. He refused to accept the authority of Bishop of Rome over any matters in his realm.

But that in itself is too simple a reading of what happened. Henry’s revolution had very little to do with religious belief (he always considered himself to be a Catholic), but was much more to do with greed and egotism. It was in fact radically secular.

Henry’s reform did not mean the rejection of the power of Rome, but rather the assumption of the Church’s power into the Monarch. It was therefore the abolition of any countervailing power in the nation, and the removal of any court of appeal over the actions of the King. The relationship between society and Church was certainly ready for reform, but this was no reform, but rather a concentration of power that was formerly distributed. The Constitution was radically changed, and without even a referendum (such things were unknown, of course!) England moved suddenly out of Europe, and any checks on the authority of the state were eliminated.

The Monasteries, certainly wealthy, but also centres of employment and learning, of health care and charity, were dissolved. Ancient treasures and manuscripts were destroyed, hospitals and almshouses closed, and centres of employment vanished. Henry took the land and property to himself and much was sold at low prices to a new class of wealthy individuals. It was massive privatisation which led to the destruction of an effective welfare  and educational system, and an extra-ordinary increase in unemployment, in poverty and in vagrancy.

In the wake of these changes, the North rose up, not perhaps yet aware of the social consequences of what was taking place, but certainly alarmed by Henry’s egotism and greed. The rebels were offered a compromise, and a willingness to listen to their concerns, then tricked and crushed in a brutally unrestrained manner, with no one to enjoin restraint or moderation.

All sounds a bit familiar doesn’t it?

And so the subjugation of the North of England to the south was established, and is rooted deep into the fabric of England. It took about 400 years for the state fully to embrace the responsibilities formerly undertaken by the Church and the monasteries of mediaeval England.

Which is why, deep in the North of England, those posh people live in Downton Abbey.

Posted by Fr Peter Weatherby at 11:12

Awesome Blog! Thanks for sharing this post. It is an interesting post for everyone. When I read about this post then got more information. I like it. We have been hearing a lot about the “Northern Powerhouse” recently.
Northern Powerhouse
Manchester Property Market Forecast